Posted at 15:00h in integration by Charlotte Meletli
0 Likes 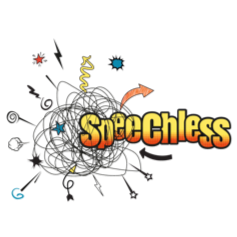 In society nowadays, hate speech is practically a normal part of our lives. Its consequences come from physical aggression, verbal aggression, threats and even sexual violence. Last year in Spain, a total of 1,272 hate crimes were committed and of those 249 ended in injuries, with the number of sexual abuse being 62. These were not isolated cases as it can be noted that at present, there is a tension within the member countries of the European Union in that there are cases of racial crimes spreading. Therefore, there is a necessity to remove the extremists groups that incite hatred in the population before it breaks the European Union, breaking first the coexisting values, respect and interculturality that we have as European citizens and that we can confirm with our common identity. We can see the beginning of the break of the European Union in France with the National Front, Germany with the AFD, Greece with the Golden Dawn or in Austria with the FPÖ, where their candidate obtained 46.7% of the votes in the second round of the presidential elections.

We also find at European level with the case of the United Kingdom, where hate crimes grew by 41% the month after Brexit, amounting to a total of 5,468. This situation must be avoided in Spain, as well as in the other participating countries.That is why ON & OFF (with the co-funding of the Key Action 1 of the Erasmus+ programme), together with the rest of the partners that make up this project, decided to launch “Speechless”, a youth exchange, from the 11th to the 18th of July, that seeks to bring young people from different countries together to conduct a campaign of visibility against hate speech and hate crimes in Logroño.

Taking into account the participation of 6 countries, all with experience in the management of artistic street performances, some of the main hate crimes that have been analyzed have been analysed both at a Spanish and at European level, and it has been decided to carry out a work on the following hate crimes: hatred against people with disabilities, racism and religion, orientation or sexual identity and those for ideological reasons since all they exceed 200 crimes in 2016 and their total amounts to 1,167, 91.7% of the hate crimes committed in Spain.