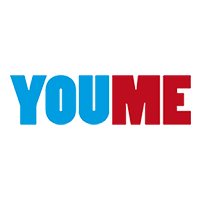 Europe is facing an unprecedented number of asylum seekers and refugees: in 2015, up to more than one million asylum applications have been recorded. An estimated 450.000 people have been granted refugee or similar status, more than in any previous European refugee crisis since World War II. The project aims at providing information, training and support to a selected number of migrants, especially the young ones coming from war-torn countries, in order to help them establishing their own business.This is a pilot project, designed to test the feasibility of a new approach. The relevance of the project is the support for the newly arrived migrants for the prosecution of their business activity and the teaching of new
skills. The project will also create a network among the groups active in every country, so that new business  possibilities can be created during and after the training period.

Upcoming Meeting/Activities; There will be 2 more Transnational Meeting and Multiplier event.. Final Report
due in September 2019.

Project Results for IFALL: How to develop online training course,How to make testimonials and
assestment tools,Networking around EU