Posted at 00:08h in integration by Charlotte Meletli 0 Comments
0 Likes 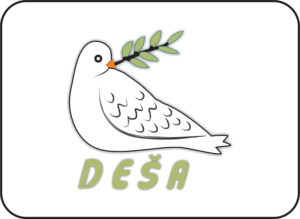 During the war year of 1991 several women from Dubrovnik decided not to let their female citizens to the atrocities war has done to their homes and which threatened to do to their lives as well. The City – although full of destroyed homes itself, has become temporarily home for numerous refugees and displaced persons. City became home for women which aside the basic needs were in search of something more – an opportunity to forget, even if it’s just temporarily, what they have lost and to feel as valuable member of society.

On 1st March 1991, only few months after the siege of Dubrovnik ended, small, but devoted group of women from Dubrovnik, took the scissors in their hands and with bunch of old clothes started with sewing and tailoring workshops and putting rags together into a “mosaics of patchwork” in a hotel with significant name “Libertas”.  More than just useful recycled clothes were created in this workshops – new friendships and new hopes were created as well.  On these workshops women would gather, talk and comfort each other while life was slowly returning to normal.

In the autumn of 1993. DEŠA has organized workshops of embroidery, weaving, crochet, patchwork, tailoring, sewing, knitting and collecting medicinal herbs throughout Dubrovnik-Neretva County. Even at that time, 350 women participated. And this is the story of “Psychosocial Adjustment and Help to Women – Displaced Persons, Refugees and Local Women in Need” project.  Also, this is the story about civil society organization DEŠA-Dubrovnik.

Local women from Dubrovnik weren’t the only one who were teaching in these workshops. Knowledge and skills were often the only thing women brought with themselves while escaping the war horror from their homeland.  One of those women were the one to teach DESA’s members how to use hand weaving loom. The same woman even to this day runs weaving workshops in DESA and in the meantime she mastered numerous other skills she learned in DESA.  Women who were often seen merely as victims and who were stigmatized by names such as “refugees” and “displaced persons” have become active participants of social change.

War was soon over and preparation for new challenges was needed.  Even at that time, it was obvious that tourism would be fundamental for city revival. Now, women, needed to be qualified to adjust themselves to new, open and crueler market. To this challenge DESA answered by starting and conducting foreign languages courses. At first, studied languages were German and English, and students were unemployed women. Several years later, DESA opened her door to all citizens interested in learning new languages. Proportionately with the increase of citizen’s interest, choice of languages increased as well and today numerous languages are offered: English, German, Italian, French, Spanish and Russian. Moreover, regularly DESA organizes computer studies course as well as different seminars on small enterprises, self-employment and creative skills workshops.

From its very beginnings, DESA created and implemented projects based on local community needs. When women from devastated region of Konavle mourned their stolen and burnt folk costumes, DESA’s members brought silkworm from French and started silk production business as silk was traditionally used for folk costume decoration in Dubrovnik.

When DESA’s members noticed that beautiful holiday tradition from south of Croatia vanishes, they started projects such as: making traditional Christmas desserts workshops – arancini (candied orange peel) broštulani mjenduli (candied and fried almonds), kontonjata (sweets made from quince), mantala (sweets made from grape must) ……and so on. Aside Christmas workshops, Eastern workshop have been organized as well; such as handcrafts made from palm leaves and traditional eggs painting.

With time, women in DESA also noticed how bitter oranges – natural resource of this area and natural decoration of numerous Dubrovnik garden – vanishes. And idea of social enterprises was born. Owners of bitter orange trees in Dubrovnik agreed to donate their oranges to DESA so jam and other valuable products could be made and all of the profit from selling jam is returned to CSO for maintaining DESA’s Educational Centre. Moreover, DESA started Festival of jams and marmalades which is held every year in Old City in early autumn. Festival is organized so that small enterprises and manufacturers could have platform for presentation and distribution of their products contributing to the variety of post seasonal touristic offer in Dubrovnik.

How was this possible? In a postwar devastated city, going through transition, by that meaning unfair privatization and becoming part of a wild capitalism where one is nothing but profit.

One thing DESA could always count on were its members as well as women who would volunteer in organization. When needed, they would teach in hotel rooms, mental health institutions, and when became necessary in prison as well. Those women proved how much can be accomplished when it’s done with heart and soul. They were translating, lobbying and spreading DESA’s story all over the world. They were the ones to encourage donors from abroad to support DESA’s work.

Here is how recognizable DESA is in local community: educational and creative workshops are so popular that we receive calls from interested citizen weeks before we even announce them through media. As soon as bitter oranges are ripened, owners call DESA to come and pick them up. Tourist Board includes DESA’s activities regularly in their promo materials as standard part of touristic offer; namely Christmas and Eastern workshops, Bitter orange day, Festival of jams and marmalades and other.  Different institutions and civil society organization when planning their activities, consider DESA as valuable partner which will contribute to quality and sustainability of their project.

Through her work, DESA has always tried to reach community needs, but moreover it has done so with a great sensibility toward vulnerable society members. Best example is Victim and Witnesses Support Project.  Providing not only information but emotional support as well, we help people to overcome the suffer caused by criminal acts that they’ve become victims of, such as heavy violence, robbery or domestic violence. We are very proud because the idea that stared in a very modest way, with financial resources close to nothing, having only volunteers with good will and rich business experience of DESA’s members, has become Center for Victims and Witnesses. Needless to say our citizens are coming with complete confidence on regular basis in search of support and information.

We must stress out that all of DESA’s activities, all of projects that DESA has managed during its 25 years of existence and all ongoing projects that manages today are aimed at economic empowerment of women. We believe that only economically independent woman is politically aware of herself.

Through CSO and social enterprise DesaPro d.o.o. nine persons are employed. Needless to say that with DesaPro’s income not even third of salaries could be paid, not to mention anything else. But our social enterprise is growing, developing and raising awareness of locals about idea of social and responsible enterprise. What is the secret of DESA’ s ability to be close to the common people and being reliable partner to national and international organization and institutions at the same time? It could be because even today, 25 years later, small and local project are conducted with the same enthusiasm and persistence as international project worth over hundred thousand kunas.