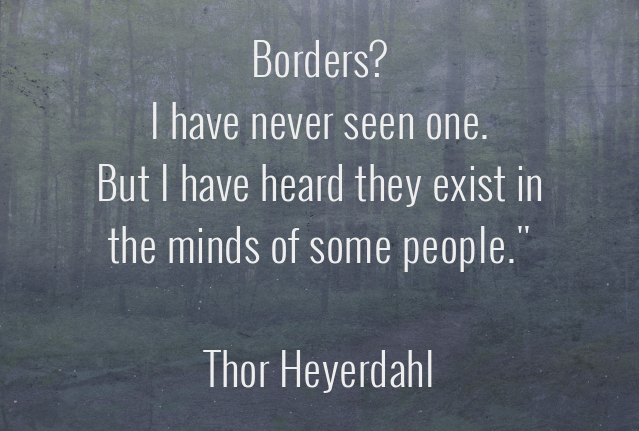 15 Nov Towards the end of Schengen area?

Posted at 16:34h in Blog, integration by necmettinmeletli 0 Comments
0 Likes

Recently Schengen Area was under the spotlights. But do you really know what Schengen is?

The establishment of Schengen Area is the materialisation of the recognition of free movement of persons as fundamental right (learn more about Schengen Agreements and Convention here). Any person, irrespective of nationality, may cross the internal borders of this area without being subjected to border checks. This specificity of Schengen Area make it  an unique space in the world. As a counterpart, border controls have been reinforced at the external borders of the area. Moreover Schengen Area  harmonized a set of rules regarding circulation and temporary stay in its zone (visa and legal documents needed; judicial cooperation; etc.). As you can see on this map, most of the countries members of the European Union are members of the Schengen Area as well as countries non-members of the EU (Switzerland, Island, Liechtenstein, Norway). But some EU member countries are not part of Schengen. 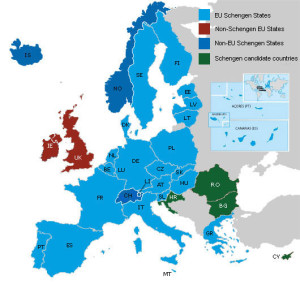 However Member States can decide to reintroduce temporary border controls for 3 different reasons.

As from today, Sweden has temporarily reintroduced border controls (12 November – 21 November 2015) in the context of events requiring immediate action due to an unprecedented large influx of persons seeking international protection. Concretely, controls will take place at all borders but with special focus on Southern and Western harbours and Öresund Bridge between Denmark and Sweden. Other countries have temporarily reintroduced border controls in the context of foreseeable events: such as France (13 November – 13 December 2015) due to the 21st UN Conference on Climate Change; Germany (14 November – 13 February 2016), all borders, with special focus on the German-Austrian land border; Austria (16 November 2015 – 15 February 2016), all borders but with special focus on the Slovenian-Austrian land border; the border can be crossed only at the authorised border crossing points.

Those controls are also made legals by the Article 78 of the Treaty of the Functionning of the EU, “In the event of one or more Member States being confronted by an emergency situation characterised by a sudden inflow of nationals of third countries, the Council, on a proposal from the Commission, may adopt provisional measures for the benefit of the Member State(s) concerned. It shall act after consulting the European Parliament.”

As we can see temporary border controls is nothing new in the area, contrarily to what has been reported by some media. However what is quite new is the construction and/or reinforcement of material borders within the area. Austria has announced the construction of a 2.2m-high fence on its border with Slovenia (around Spielfeld, where most of the migrants are entering its territory) in order to “organise” the crossing of its borders by migrants. Hungary already closed its border with Croatia and Serbia with barbed wire. Slovenia has started to built barbed wire fences.

As a result of the current crisis, the situation is evolving on a daily basis. Several political parties are calling for the dissolution of both Schengen area and the European Union. Conservatives and nationalist positions are increasingly spreading throughout Europe. Where are the values on which the EU have been built?

“Borders? I have never seen one, but I have heard that they exist in the minds of some people.” Thor Heyerdahl.